Cristiano Ronaldo: Every movement I makeâ€¦ is analysed to death 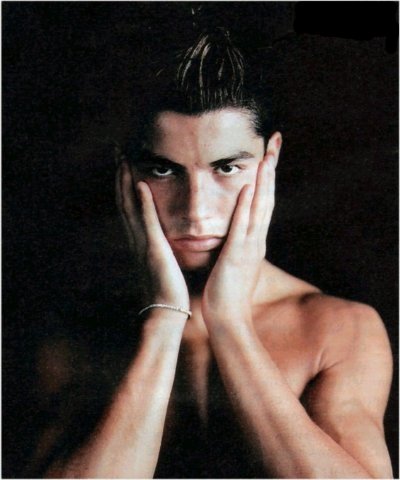 A comment, a thought, a single tackle, a single lookâ€¦ The grown child, Cristiano Ronaldo of Madeira Island has become an image of controversy not only in one of the cold isles of Great Britain, England, but also in the world of football in general.

Ronaldo turned into an unpopular Manchester United player following the 2006 World Cup incident of the red card involving him and his club mate Rooney.

An over-expected performance that powered the Red Devils to their first Premiership title in over 3 years helped Cristiano Ronaldo win the fans. The story of the Rooneyâ€™s sending off against Portugal then become a â€˜forgive and forgetâ€™ issue.

But last summerâ€™s transfer saga got Cristiano Ronaldo a lot of enemies â€“ including a majority of Manchester United fans. Consequence: the Viva Ronaldo anthem isnâ€™t echoed anymore by the rest of the supporters in the stadium these days.

Lately, the PFA player of the Year was controversially accused of deliberately committing two bookable offences in last month’s Mancunian derby; something which caused him a 68th minute red card well applauded by the home crowd as well as by a vast majority of the public.

Nevertheless, although being widely regarded as a mischievous guy, the number 7 Star winger won the Golden Ball. This is what Ronaldo had to say hours before his nomination:

“I have come to understand that every movement I make, on or off the pitch, is analysed to death,â€ Ronaldo voiced out.

“People are always waiting for me to do something and they just pick on what are absolutely normal and unimportant things to criticise.”

Ronaldo may seem arrogant to some people, but his close friend and team-mate Patrice Evra believes that Ronaldoâ€™s attitude is only all about self-protection:

â€œSome say he is proud, but itâ€™s wrong!â€ Evra told France Football magazine. â€œItâ€™s just that when people approach him every time, wherever he is, itâ€™s maddening. Cristiano looks ahead then and goes on with it. Itâ€™s not arrogance, itâ€™s a manner for him to protect himself and we have to respect it.â€

The much criticised football personality seems to struggle with inner emotions caused by heavy pressure. However, Ronaldo is set to remain strong enough.

“Cristiano Ronaldo will continue to be the same as he always was, regardless of what happens,â€ the Madeira man declared.