Cristiano Ronaldo is available to play for Real Madrid in Monday’s La Liga opener, manager Carlo Ancelotti says, despite the injuries that have plagued the winger all summer.

The Ballon d’Or winner struggled with tendinosis while playing for Portugal at the World Cup, then a muscle strain prevented him in playing 90 minutes in either leg of the Spanish Super Cup this week.

However, Ancelotti revealed in a news conference on Sunday that Ronaldo would be ready to face Cordoba, calling any injuries that remain “minor annoyances.”

The Real Madrid boss blamed Ronaldo‘s persistant hobbles on the team’s busy preseason. Ronaldo accompanied the team on its tour of the United States and faced Manchester United on Aug. 2, then scored twice in the UEFA Super Cup in Wales on Aug. 12, before also scoring against Fiorentina in Poland four days later. 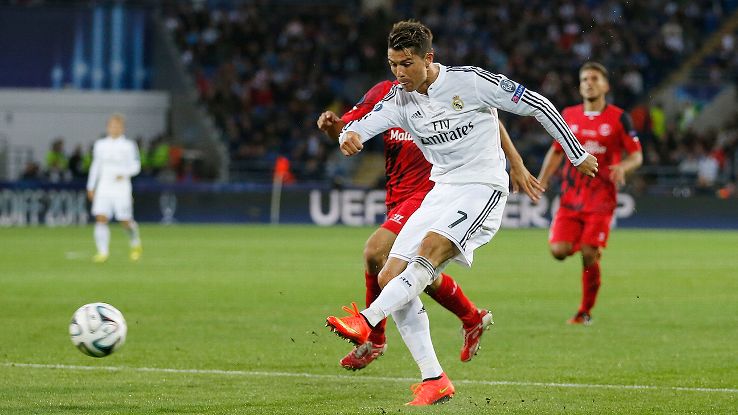 Cristiano Ronaldo has had a whirlwind preseason, but he should be available to play on Monday as La Liga begins.

“He’s had this problem because his preseason was not very regular,” Ancelotti said.

“He needed individual work to solve the problem with his tendon, which is very well solved because there’s no trouble with it anymore. And that was the most important thing.”

After opening the La Liga season at home on Monday, Real travel north to face Real Sociedad the following Sunday.

“Next week we have a whole week to train and we have to make the most of it,” Ancelotti said. “It will be good for [Ronaldo] to work to improve his conditioning.”